What's on your mind?

Can somebody give me the guitar version of believe me music?i heard it in episode 18 last conversation between urushibara and okabe,it's about a long time that i'm searching for it and nothing found.

(sorry for mistakes if i had)

What page is gonna be the special number 200??

What happened to the list of known worldlines, with a timeline of events on each one? It was a pretty good resource, but I can't find it anymore

About to start this series, what is the best order to go about it? 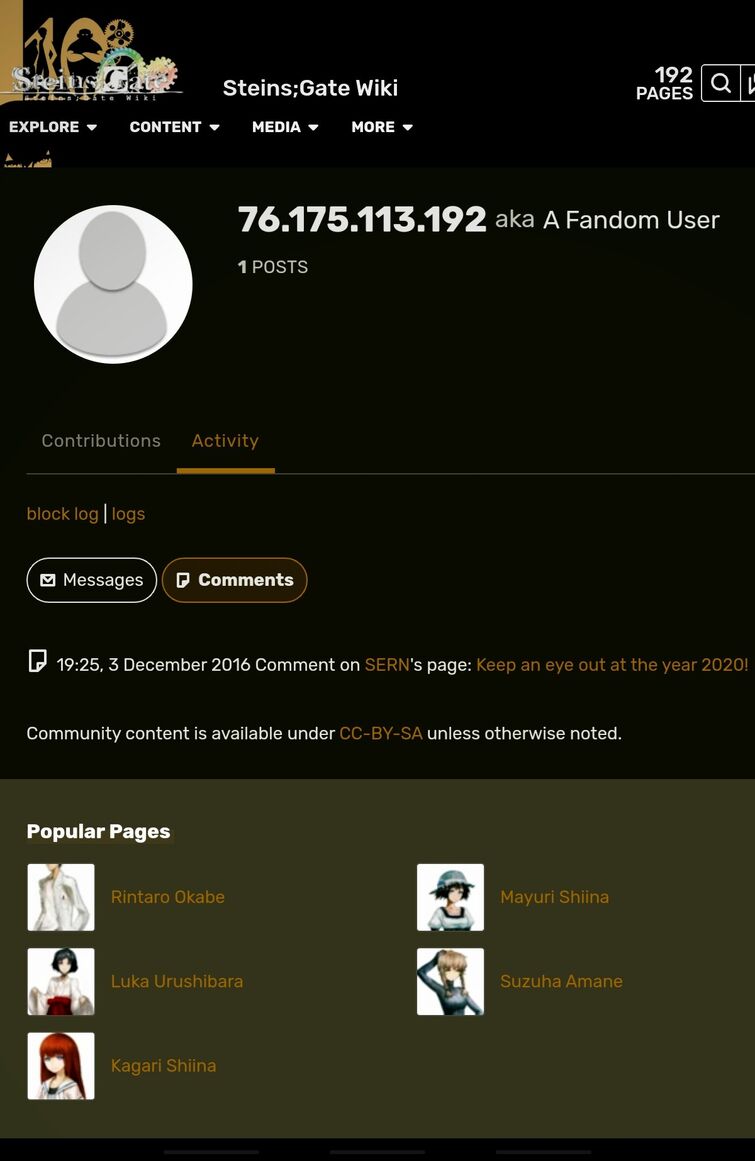 Hi! Don't know if that's appropriate here, and if it isn't please delete, but as a Steins Gate fan I have made an acoustic guitar arrangement of Gate of steiner :) That was not an easy task... 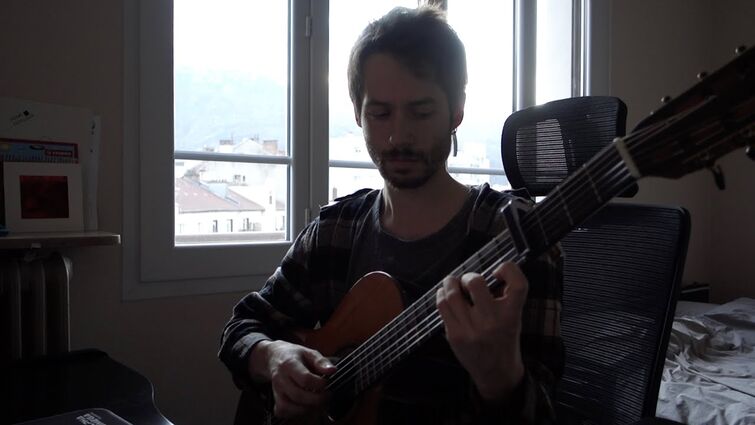 Though I should drop by and mention this, seeing how it might be confusing to newcomers.

I recently got into Steins;Gate, and I really really love it. Do I play the visual novels, and will that explain what I didn't see in the anime?

I just rewatched steins;gate the other day and finally I'm able to connect the dots.

PS: This has nothing to do with Steins;Gate 0 (I haven't watched it yet lol so I can't connect the dots there)

1. The timeline in Episode 1 is what happened in Episode 23 - Focus Point: Makise Kurisu.

- That's why Okabe got the Metal Oopa

- Okabe unable to talk that's why Makise drag him out of the room.

- That's why Makise Died (I'll explain on the bottom)

- That's why the video unable to be played

- This point, the world war was bound to happened but it didn't become the main problem because we're taking the point of view of Okabe1 (Okabe episode 1).

Here the timeline is already split and Okabe1 are going to experience hell for 3 weeks thus why 1 month after achieving 1% divergence, Suzuha came to meet Okabe23 asked for help to prevent the WW3

- the video played and Okabe24 have to deceive Okabe1 AND Prevent WW3.

- the interaction different with Episode 1

Now, you must be wondering why bother doing time travel twice making 2 different timeline where:

Kurisu died and WW3 happened is to give future Okabe reason to stop WW3 and idea to save Kurisu so Suzuha had reason to come back through time like Episode 23. That's why Episode 1-22 exists, so basically it acts like a trigger and nothing more than that.

Although only act as a trigger, it's super important for Future Okabe to plan the "save Makise Kurisu" twice just as Suzuha said after failing the 1st time (Or as Okabe said, it's 3 weeks of hell that bound to happen).

The turning point is the 2nd time travel on Episode 24 which is to cancel the timeline of episode 1-22 as if they were never happen BUT with different outcome where Kurisu alive, WW3 won't happen, time machine was never made in the current timeline and Suzuha was never go back in time. The End

Summary: There are 2 different world were seeing (the Makise died & Makise live), both happens where "Makise died" leads to process in episode 1-23, while "Makise live" is a same process, different timeline and it turns out Makise still alive after reaching divergence 1% and Okabe just changing his world past by "tricking" the world itself by making it think Makise died on the exact moment where She suppose to die. Hard to explain with a few words but it'll take too long for that and I don't have much strength for that lol

Hypothesis time. We only observe one timeline's Hououin at a time. The question is, does Reading Steiner also rip our mad scientist from other timelines?

I feel like that just one timeline wouldn't justify the amount of feedback he experiences,

That would explain in the 0 VN why one trip could break him so much. Imagine the exponential psychological element of seeing Mayuri die time after time. Then the compounding of Kuristina.

I am new here

I'm on chapter 18, but there's something that doesn't make sense to me, and that is that how is it possible that he can send D-mail without having the IBN?

The reason for this question is because:

To send a d-mail to a device, it must be connected to the "phone microwave".

So, For luka to be able to send a d-mail to her mom's pager, the pager must be connected to the phone microwave. how did they do that???

Also, for fayris to be able to send a d-mail to her dad's phone, his phone must be connected to the phone microwave. And I didn't see any part where his dad's phone has been taken into consideration.

Soooo... is this a mistake of the anime, or have I gotten something wrong...(or missed something)

Does Makise and Okabe officially go out in the anime then get married?